Transgender women in the US: under pressure, but surviving

Transgenders and trans-women in the US are having an increasingly difficult time of simply trying to be themselves.

T-girls and anyone one who dares to be different are coming under increasing pressure from the current political administration. The US is the self-proclaimed "leader of the free world". And has built a reputation of welcoming and caring for displaced peoples. Unfortunately, Trans-women in the US are facing an uncertain future. Indeed, the treatment of Trans women is quite shocking.

Transgenders are in a difficult place in the United States, but there is hope for a better 'Trans-friendly' future

Transgender women are being targeted by the US administration

Far-right, conservative religious figures occupy not only the position of US Vice President. But also Attorney General and Secretary of State (not to mention Supreme Court Judges). The current administration can instigate its discriminatory and prejudicial, religious dogma against any minority it chooses.

Trans people seem to be high on the target list.

Over the last 18 months or so, we have seen:

Trans woman have support in depth

Still, as with many other minorities who are suppressed, the will to overcome and succeed is made stronger each and every time a Trans person is discriminated against. Each time this happens, the will is strengthened. And, now, Trans people in the US and their supporters are fighting back.

Accordingly, there have been some major successes and positives.

Transgender women in particular have gained high visibility in media, on TV shows and in films. The internet and social media have elevated the profiles of many T-women such as Laverne Cox or Jazz Jennings or Caitlyn Jenner. These women have become de-facto leaders for the Trans cause. Indeed, it can only be a positive for T-rights when a person as well known internationally as Caitlyn Jenner stands in the limelight. And when she explains what it means to be Trans. She disparages the claim that it is a lifestyle choice (as opponents to T-people claim).

Furthermore, hardly a week goes by without a Trans person (or non-binary person at least) attempting to run for some sort of public office. This might be at City or State levels. Others T-girls have run for Congress or the Senate. At the last count, there are around 16-18 recorded officials of various levels who are openly Transgender.

The prognosis of Transgenders in mixed in the United States

So, the prognosis for Transgender women to be able to live peacefully and without fear of prejudice and discrimination in the US is mixed. To some extent, where a T-girl lives can shape her views and outlook on life and allow her to live openly or not. The bigger coastal cities such as New York, LA and San Francisco (with its high ratio of gay people as residents) are going to be far better places to live and work. Living in a small town in the mid-west bible belt can be very hard for any T-girl.

Despite the challenges mentioned above which T-girls face in the US. A positive of all the publicity that T's have been receiving is the substantive growth in the numbers of men keen to date a Trans woman. You only have to look at specialized dating sites such as MyTransgenderCupid to see the huge amount of men seeking such women. Profiles of men seeking a T-girl for a long-term relationship abound.

So, as such relationships become more commonplace, hopefully, acceptance and tolerance of Transgender women in the US will continue to grow.

You would also hope that as a "first-world" country, the US should again be able to lead the way in terms of the treatment of Transgender women. This involves the terms of its respect for human rights and freedom of choice.

So, let's see what the next few years bring and if there is a change in the current administration. Without such a change, Trans people cannot make significant progress in their quest for rights in the US.


Trans Dating in the US 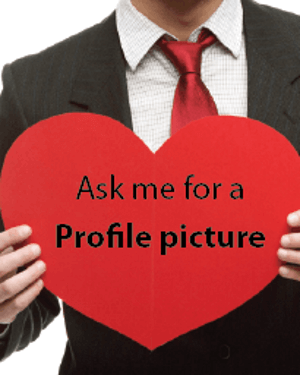 Complete the challenges and earn the
Cupid Badge!